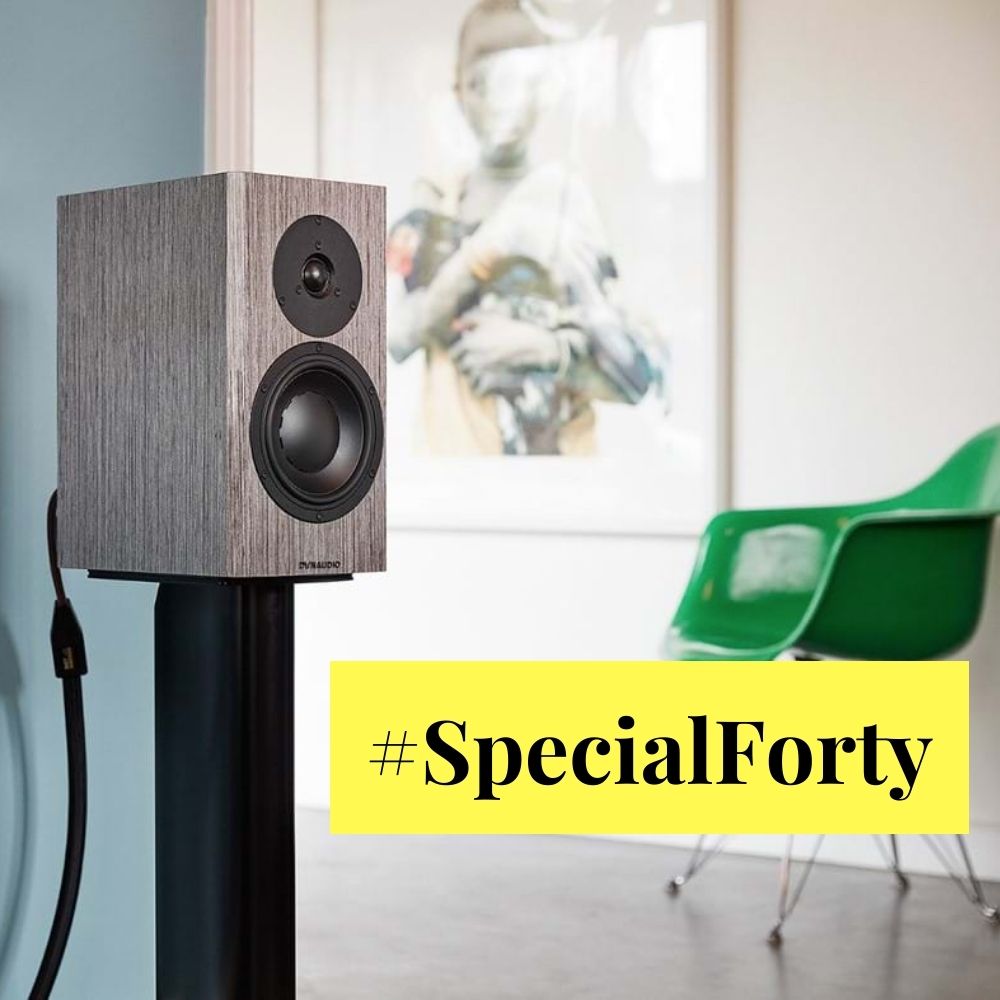 Our 40th anniversary speaker might look simple, but there’s some serious tech lurking inside…

Appearances can be deceptive. We’ll forgive you (for the next couple of paragraphs, anyway) for thinking the new Special Forty is as simple on the inside as it is outside.

Take it apart and there really isn’t a lot in there. Two drivers and a crossover (a simple crossover at that), but behind that simplicity lies some incredibly clever technology. It’s all borne of intensive research and development – some derived directly from our ultra-high-end range – and it elevates the Special Forty far beyond what you might expect for its €2999 price-tag.

This is exclusive to the Special Forty. It’s based on our other classic Esotar designs, but has refinements behind the scenes.

Behind the diaphragm in the Esotar Forty's magnet is a new pressure conduit – a specially shaped vent that lets us devote more space to the rear chamber and controls how the air moves from the back of the diaphragm into that space. The chamber itself is packed with more damping material and, in conjunction with the pressure conduit, helps to absorb rear radiation from the tweeter diaphragm.

There’s an aero-coupled pressure-release outlet under the tweeter’s voice-coil. It equalises the pressure immediately under the voice-coil with that outside to reduce any air pockets that could stop the coil moving as it should. This reduces resonance – and manifests itself in the form of a more detailed performance.

The Esotar Forty’s 28mm diaphragm is a classic Dynaudio soft-dome design, complete with our DSR (Dynaudio Secret Recipe) precision coating. This coating is applied in exactly the correct places and thicknesses to optimise high-frequency performance.

The coil is positioned in the magnetic gap, surrounded by magnetic ferrofluid to increase power-handling, improve the dome’s excursion and absorb unwanted heat and excess energy. And that, in English, means a tighter, more controlled and more honest performance.

We’ve also taken care to extend the Esotar Forty’s frequency response… downwards. It can comfortably reproduce frequencies down to around 1000Hz – well into the midrange. You can find out why below.

The Special Forty woofer is based on Dynaudio’s classic 17W75 MSP model. This one has an improved spider and specially optimised excursion-symmetry. Once again we’re using our proprietary MSP (Magnesium Silicate Polymer) material: nothing else we’ve encountered so far offers its precise combination of stiffness, stability, rigidness and damping. And unlike some other cone materials, its properties don’t change over time.

Like all our other MSP woofers, the Special Forty’s driver is a one-piece design. You can tell by our trademark Balance Ribs around the central dome. Making it a single structure gives us more control over how the cone deforms as it moves, and also gives the whole area a direct connection to the voice coil. The coil’s former is bonded directly to the back of the ring where the Balance Ribs sit – making the dome part of the playing surface.

This is so we can extend the woofer’s frequency response upwards. It can easily handle frequencies up to around 4000Hz.

That 3000Hz overlap between the tweeter and the woofer is crucial. It means we don’t have to use steep filters and complex circuitry to make the drivers mesh well together. After all, why manipulate the musical signal to make the drivers gel when you can make better drivers in the first place?

Because the Special Forty’s drivers perform alike in many areas (including frequency response, phase response, tonality, sound dispersion and on- and off-axis performance), they blend incredibly well. We made sure to get that part right before performing any magic in the crossover.

Only after we’d nailed it did we take the crossover filter into account for fine-tuning and fine-matching. And what a circuit it is…

Dynaudio has used first-order crossovers for decades: we stuck to our guns even when other manufacturers said it didn’t matter, or used higher-order designs to make their drivers work. And that’s why for the Special Forty we’ve taken our classic designs and techniques – and then ramped-up our unique Phase Alignment and Impedance Alignment technologies.

Specifically selected components handle the impedance optimisation and, because both drivers have extended frequency ranges for even better overlap and integration, their performance borders on mesmerising.

The Special Forty’s drivers use some clever magnet technology. The Esotar Forty tweeter’s powerful neodymium magnet is small, but incredibly powerful for its size. And, crucially, it’s also very light and efficient.

We’ve used a hybrid magnet system in the woofer. As in the tweeter, an incredibly powerful neodymium rare-earth magnet provides the muscle, while a gentler ferrite magnet manipulates where that energy goes. It keeps it flowing around the voice-coil, where it’s needed, resulting in greater efficiency and control. You’ll hear it in the form of a reduction in second-harmonics – and therefore a more accurate, more authentic reproduction of the recording.

The woofer’s magnet system also sits inside the voice-coil, rather than around it externally. Putting it inside keeps the flux flowing more effectively around the wire, letting us use more of its power for a given weight. It also reduces internal reflections because there’s less material for sound to bounce off inside the driver.

Why we use aluminium voice-coils

The tweeter and woofer both use Dynaudio’s famous lightweight aluminium voice-coils. They’re lighter than traditional copper coils, which means we can make the physical voice-coil a lot bigger (double the diameter for any given weight, in fact) and get more windings onto the former.

Better air movement behind and around a driver means it can do its work without having to fight against unwanted pockets of air that would otherwise have a damping effect. The Special Forty’s woofer and Esotar Forty tweeter both take airflow to another level.

The tweeter uses new shaped vents and larger damped chambers behind its magnet to reduce unwanted pressure build-up and resonances, while the woofer sits in an aerodynamically optimised AirFlow Basket that reduces internal reflections and allows increased air movement without compromising stiffness or stability.